Ah, spring, the season of renewal, rebirth, romance, blossoms and, of course, the birds and the bees.

If you’re looking to get in the ‘family way’ it couldn’t hurt to visit one of our picks for the Top 10 fertility destinations around the world.

These ancient festivals, lucky statues and strange rituals have been honouring the gods and blessing believers with bountiful families for generations.

And if you are successful, it will make the perfect story to tell the children one day – much to their embarrassment!

Known locally as the Crick Stone, the name Mên-an-Tol literally means “the hole stone” in the old Cornish Language.

This mysterious Bronze Age monument has been standing in West Cornwall for nearly 4500 years and local legend claims if a woman passes through the stone hole seven times backwards on a full moon, she will soon become pregnant.

Watering of the Girls, Holloko, Hungary

The annual Watering of the Girls festival is held in the World Heritage village of Holloko in northern Hungary.

Young men dressed in traditional clothing throw buckets of water over girls in this ancient fertility ritual. Held at Easter, the ritual is rooted in the area’s pre-Christian past.

In 1356, Everard ‘t Serclaes of Brussels led efforts to reclaim the city after Flemish attack.

Serclaes succeeded, but was later assassinated and in the 19th century a monument was dedicated to him near the Grand Place.

Touching the statue is said to bring luck and help with infertility and it’s easy to see which parts of the statue are considered the most lucky – Serclaes’ body, an angel’s face, a dog and a shield – thanks to their shiny, polished colour.

Centred on, well, giant, um, man-parts, the Japanese don’t exactly beat around the bush when it comes to the meaning of fertility festivals.

Held every year on March 15, Hōnen Matsuri is a fertility festival and ceremony most famously held in the town of Komaki.

Over in Kawasaki, the Shinto festival Kanamara Matsuri is held each spring at the Kanayama shrine and like the event in Honen, celebrations are centred around the male-member. This is reflected in illustrations, candy, carved vegetables, decorations, and a mikoshi parade.

Today, the festival is a major drawcard for tourists and is used to raise money for HIV research.

Although nowhere near as famous as the other residents of Père Lachaise Cemetery in Paris, Victor Noir’s grave has become one of the site’s main attractions.

Local legend has it that a quick rub of his trousers will increase fertility and as a result, thousands of women pay a visit to Monsieur Noir in the hope of becoming pregnant.

Victor Noir was a 19th century French journalist, famous for the manner of his death and its political consequences, was shot dead in a duel gone wrong by the great-nephew of Napoleon Bonaparte.

To boost your own chances of conceiving, kiss the statue on the lips, place a flower in his upturned top hat, then rub.

Every May, the men, women and children of Obando take to the streets to dance in a religious procession in honour of their patron saints San Pascual Baylon, Santa Clara and Nuestra Señora de Salambao (main image by Obando Fertility Rites).

Over the three days of the festival, devotees ask the saints for a son or a daughter, a husband or a wife or good fortune.

The ritual dates back to the pre-Spanish era, when Kasilonawan was held in the honour of the pagan god Linga. Franciscan missionaries then adapted the festival into the Christian celebration we see today.

Worshippers and tourists have been visiting the Weeping Column inside stunning Hagia Sophia for centuries. The column – also known as the Column of St Gregory – is said to weep holy water capable of curing everything from blindness to infertility.

Taken from the Temple of Artemis in Ephesus, the column is made of white marble and now stands in the northern corner of the museum. Visitors place their thumb into a hole in the column and turn it 360°. If their thumb comes out feeling damp it is said their affliction will be cured.

Dominating the rural countryside, carved into the white chalk rock on the steep west-facing side of Trendle Hill is the 55m high and 51m wide image of a naked man.

The origins of the Cerne Abbas Giant are shrouded in mystery and like several other chalk figures carved into the English countryside its history cannot be traced back further than the late 17th century.

Local folklore has long held it to be an aid to fertility and it is said any woman who sleeps on the figure will be blessed with children.

However, others believe it to be either an ancient symbol of spirituality, a homage to the Greco-Roman hero Hercules, or a mockery of military and political leader Oliver Cromwell.

Although best seen from the air, the best ground view of the Giant is from a lay-by and car park off the A532 just outside the village of Cerne Abbas.

Celebrated on the summer solstice, Ivan Kupala Day (St John’s Day) originally signified the people’s connection with Dazhbog (the Slavic God of the Sun) and is marked throughout Ukraine, Belarus, Poland and Russia.

Today the festival has been adopted by the Orthodox Christian Church and is extremely popular with young people in the region.

Many of the rites are centred on the role of water in fertility and purification.

On Kupala day, youths jump over bonfires to show off their bravery and faith. Couples also make the leap, but if they fail to complete the jump while holding hands it’s said their relationship is doomed.

Girls float wreaths of flowers and candles on rivers and predict the future fortune of their relationships from the patterns of the flowers. Men then attempt to pull the wreaths from the water in the hope of capturing the interests of the owner.

In a celebration that is as old as Africa itself, thousands of people gather in the south-western Nigerian town of Oshogbo to attend the annual week-long Osun-Osgogbo festival paying homage to the goddess of fertility.

A virgin selected by the gods carries sacred objects to the river Oshun where the goddess of water is said to live.

A procession of worshippers follows behind her praying to the gods for health, prosperity and more children.

At the riverside, a sacrifice of flowers and other offerings is made to the goddess.

The festival has grown in popularity in recent years and in 2005 the area was inscribed as a UNESCO World Heritage Site. 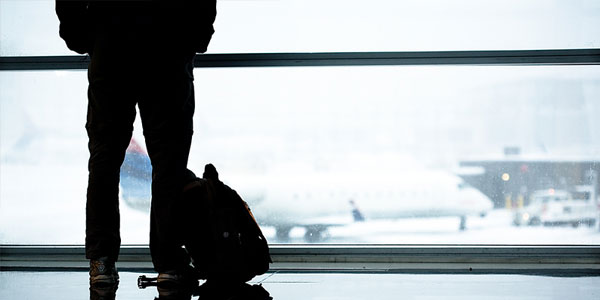 How the digital age killed the holiday photo album

See all Other UK articles