As teams from Europe and the US prepare to go toe to toe in the next chapter of Ryder Cup, it’s a good time to reflect on the civilised – and uncivilised – elements of golf. While the sport typically conjures up thoughts of manicured greens and Pringle sweaters (or even beer carts and side bets), some rounds are a little more extreme. If you want to raise the stakes – and your adrenaline level – consider visiting one of the world’s most hazardous golf courses.

The Louisiana State Penitentiary is the largest maximum-security prison in the United States. It is a working farm and runs both a radio and TV station. To top it off, it has a 9-hole golf course, complete with practice facilities and a clubhouse, for use by the public for $10 (a mere £6). There are a few catches, as you’d expect. Playing this course requires some advanced planning, as you must allow 48 hours for a background check before you can even schedule a tee time. The course is on the prison grounds, so you must also be willing to submit to personal and vehicle searches. Finally, leave your alcohol at home (always a wise idea in a place where play can be suspended in the event of a riot or attempted jail break). Search and compare cheap flights to Louisiana 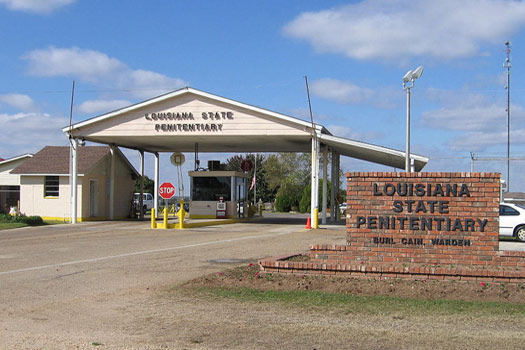 This historic club, the oldest, and one of the most prestigious, on the island, will always be associated with wild animal encounters after the infamous 1982 pro event where Jim Stewart came face to face with a fearsome cobra. He killed it, only to watch in horror as another snake emerged from its mouth. While much has changed in Singapore since 1982, a round at the Singapore Island Country Club can still be an adventure. Members are now warned of wild boar encounters, with advice to walk calmly away when crossing paths with one. The official “local” rules of the course include the addendum that any area damaged by digging from wild boar, monkeys or other non-burrowing animals may be considered “ground under repair”. Search and compare cheap flights to Singapore 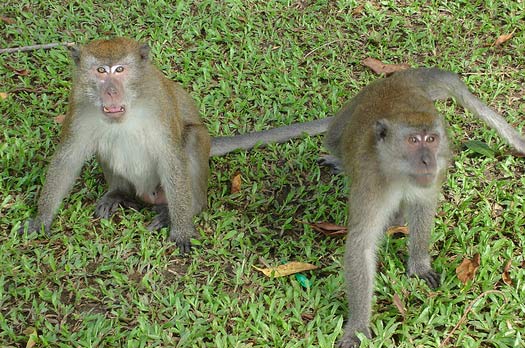 A relaxing round of golf in the wild beauty of South Africa sounds ideal, right? Certainly it does when the course if designed and built by South African golf superstar Gary Player and showcases the desert, the mountains, the park lands and 28,000 square metres of water features. But don’t be taken in by the scenery as danger and excitement lurk by hole 13. Here, the water hazard guarding the green is home to roughly 40 Nile crocodiles, some six feet long (or longer!). Players are advised to bring extra balls and take a drop rather than venture after a shot in or near this imposing crocodile pit. Search and compare cheap flights to South Africa

People visiting this public course on the outskirts of the ancient city of Yogyakarta report beautiful weather, stunning views and an almost mystical feeling. It’s an awe-inspiring round, especially when you realise the mountain overshadowing the course is Mount Merapi, an active volcano that last erupted in December 2010. The cloud of ash that blew over the course and the surrounding area has been cleaned up and play has resumed. Just keep an ear out for the emergency warning alarms! Search and compare cheap flights to Indonesia 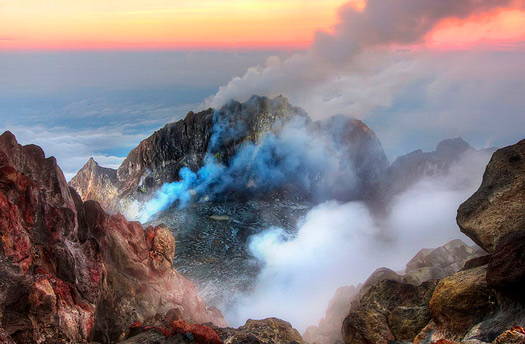 Camp Bonifas is home to a single hole, par-3 “golf course” abutting the most heavily fortified border in the world. The camp, the base for the United Nations Command, is 400 metres south of the demilitarised zone that serves as a buffer between North and South Korea. The 192-yard hole is lined by an 18-foot security fence and unexploded mines that can be triggered by errant shots. Players report wild animal encounters too, including brushes with local “vampire deer” and a creature described as a “man-bear-pig”. When you have only one hole to play, at least it’s good to know that every time out is an adventure in the making. Search and compare cheap flights to Korea 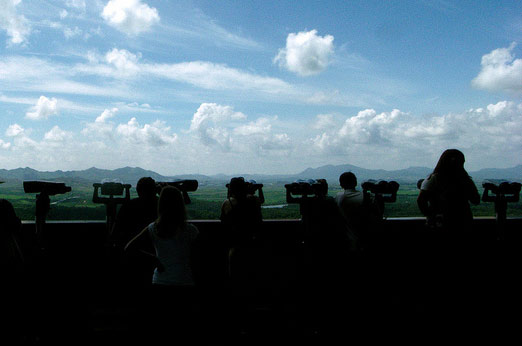 While shark sightings on the Great Barrier Reef are expected, golfers are now spotting them with increasing frequency some 10 miles inland from the 15th fairway at Carbrook Golf Club. Apparently, when the nearby Logan River flooded the course in the early 1990s, it carried varieties of fish and even some young sharks along for the ride. Now, the course’s lakes are home to these stranded species and, given the rise in fin spottings, the bull sharks are thriving and multiplying, giving new meaning the term “water hazard”. Search and compare cheap flights to Brisbane 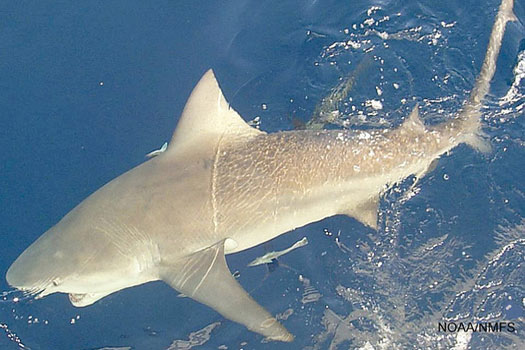 This Greenland golf course changes annually, dictated by the moods of nature and the shape of ice. Each March (weather permitting) the nine-hole course is laid out across a field of fjords and icebergs. Players then face off against each other and the elements in a 36-hole tournament, the only one played in the Arctic Circle. With ice as the “green”, golfers play with red balls and may scrape the surface to smooth the putting line. Otherwise, it’s a normal round of golf, if you don’t mind -50 degree Celsius temperatures, periodic shifts in the course as you play it and the potential for crossing paths with a polar bear. Search and compare cheap flights to Greenland 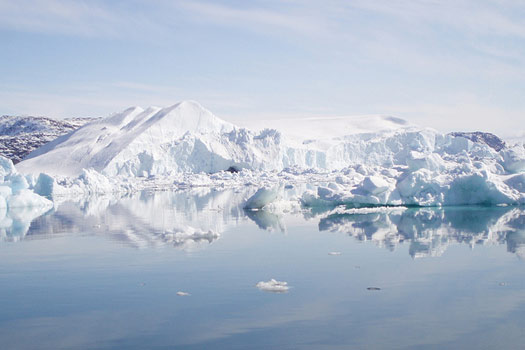 This course was a battleground in the 1991 Ryder Cup, where the final putt decided it all. But the blood, sweat and tears of that competition pale when you consider what the unprepared golfer faces when tackling this course. Players of any skill level can try their hand here, but they must be ready for more than just a course tough enough to challenge the pros. They must also face Mother Nature. Built above the sand dunes at the farthest point of the island, the course is exposed to gusty or even whipping ocean winds that stretch a typical round to five-and-a-half or even six hours. Playing that long in the heat and humidity of South Carolina’s low country might seem the scariest part, but really it’s the creatures waiting for you to come searching for your windblown, off-course ball. You’ll hope it’s a gator and not a copperhead, rattlesnake or a water moccasin. Search and compare cheap flights to South Carolina 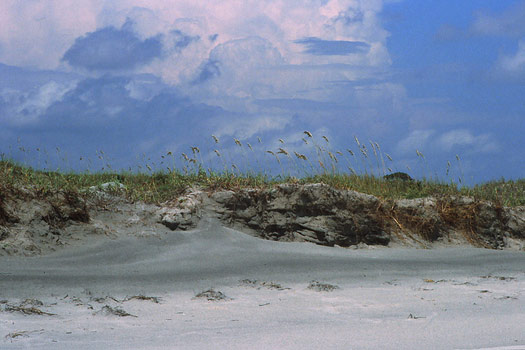 Here’s your chance to combine a safari with your round of golf. This course backs up to Kruger National Park, one of the largest game reserves in Africa. Lions, elephants, leopards, warthogs, buffalo and more wander onto the course regularly. Don’t really believe it? Read the information sheet (and the indemnity form you are required to complete) before heading out. It will tell you what to do when you come across these animals (hint: don’t run!). Stay clear of the water; it’s ripe with hippopotami that are big, fast, lethal and not scared of you, or your golf club. Search and compare cheap flights to South Africa 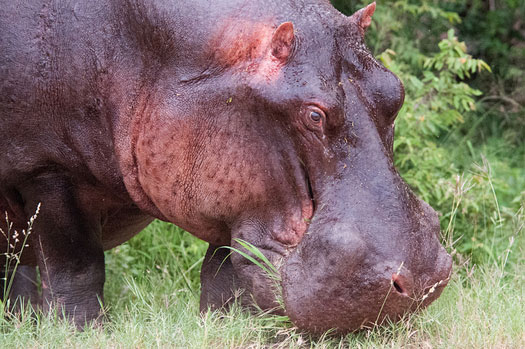 Don’t play this course if you are scared of heights. The cliff-top course offers a breathtaking, 180-degree view of the Pacific Ocean and the miles of coastline. Six of the holes, though, walk you along the edge of a 550-foot (183-metre) sheer drop into the sea. Steel yourself in particular for 15th hole, known as the “Pirate’s Plank”. Here you walk an increasingly narrow fairway down to the 60-foot-wide green, featuring a plunging drop with no protection. Don’t walk backward lining up that putt! Search and compare cheap flights to New Zealand 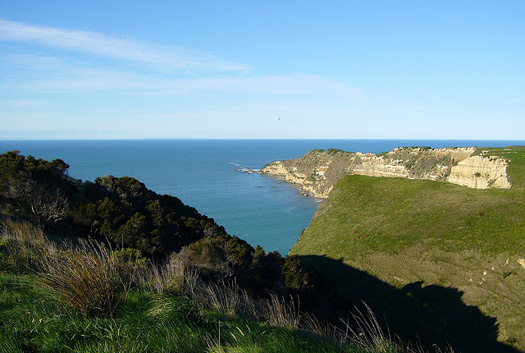