Flights to Brasilia in 2022

Cheap flights to Brasilia in May, June 2022

The best prices found for BSB flights for May, June

Cheap flights to Brasilia found for this year

Late deals on return flights to Brasilia, departing today and this week

Can I fly to Brasilia from United Kingdom right now?

Information is based on travel restrictions from United Kingdom to Brasilia

Most visitors from United Kingdom need to provide a negative COVID-19 test result and/or quarantine to enter Brasilia.

Quarantine requirements
Visitors from United Kingdom are not required to quarantine after entering Brasilia.


Can I fly back to United Kingdom from Brasilia?

Returning to United Kingdom from Brasilia

COVID-19 testing requirements
Visitors from Brasilia are not required to present a negative COVID-19 PCR test or antigen result upon entering United Kingdom.

Quarantine requirements
Visitors from Brasilia are not required to quarantine after entering United Kingdom.

What is the cheapest month to fly to Brasilia?

The cheapest ticket to Brasilia found for each month in 2022 based on historical flight searches by Cheapflights users.

January
£696
February
£565
March
£570
April
£670
May
£749
June
£667
July
£916
August
£743
October
£547
November
£636
December
£925
Currently, the cheapest month for flights to Brasilia is September. The most expensive month for flights is December. The cheapest prices are shown above but prices will vary according to departure times, airlines, class and how early you book.

When is the best time to fly to Brasilia Airport?

Average Brasilia flight ticket prices and weather conditions for 2022 and 2023 by month.

When is the best time to book a flight to Brasilia?

The price you pay for your flight to Brasilia may vary depending on when you book. For the best chance of a lower fare, look to book 34 days in advance of your trip. Fares are likely to increase a fortnight or so before your departure date.

Which day is cheapest to fly to Brasilia?

The cheapest flights to Brasilia are usually found when departing on a Monday. The departure day with the highest cost at present is Sunday.

What time of day is cheapest to fly to Brasilia?

At the moment, flights in the afternoon are likely to offer the best value for money for your Brasilia trip. A flight in the morning will more often than not be of higher cost.

The capital of Brazil is a planned city and a UNESCO Heritage Site. Designed in the shape of a large bird or airplane, its residential areas are located in the shape of its wings. The city is also well-known for its cathedral which features six columns. The columns represent two hands reaching up to heaven. An artificial lake is the centre of recreation in the city and offers many options for leisure activities. The Three Powers Square is worth visiting as is the Juscelino Kubitschek Memorial which is a dedication and burial site to the president. Public works of art are well represented in the city, and include art by Brazilian artists Burle Marx, famous for his landscape design, Athos Bulcão who creates geometric tile panels, Oscar Niemeyer’s buildings and sculptures and the sculpture work of Ceschiatti and Bruno Giorgio. These are viewable for free on the streets.

Basketball, jogging and wakeboarding are popular sporting activities in the area. Between January and June Brasilia’s home team plays in the national league. Locals spend a lot of time jogging and this is by far the city’s most popular sporting and recreational activity. For retail therapy, travellers can spend the day at Setor de Diversões, imports market and FNAC for records and books. Food served at local restaurants includes dishes from the Brazilian states and international styles. Brazilian, Mexican and French cuisine are all well-represented here.

When is the best time to fly to Brasilia?

The climate in Brasilia doesn’t feature particularly extreme conditions. Temperatures range from about 17°C to 28°C and seldom go any higher. In winter it can get as cold as 1 degree and in mid-summer (September- October)34 degrees is possible, but short-lived. The dry season occurs in August and September. At this time the green areas become brown and dry and desert-like. This is, however, the time of the year when Brasilia yields its most spectacular sunsets. May and June are still fresh and green and it’s not too hot in the city, so this is an ideal time to visit.

The heat of summer (September and October) is a deterrent to some travellers who prefer to avoid the city when it is very dry, however others flock to the area during summer. The winter season with its rainy days, is off-peak for the city, so this time of the year is likely to yield the cheapest deals.

Getting around in Brasilia is fairly simple, with options ranging from private rental cars, city buses, taking a taxi, or sharing a ride with friends, but touring on foot is not recommended. Roads have few traffic lights and crossings. Bus routes link with the Esplanada dos Ministérios, the airport and certain main avenues. Buses are boarded at the front door, not the back. The Metro subway does not offer access to most main attractions.

Brasilia International Airport, known officially by the rather long-winded name Brasilia-Presidente Juscelino Kubitschek International Airport, serves the capital city of Brasilia in central Brazil. Located 11km (7 miles) outside the city, the airport is the main hub for the interior of Brazil and processes more than 14 million passengers each year.

Acting as more of a regional hub than an international destination, flights to Presidente Juscelino Kubitschek International Airport come mostly from other Brazilian and South American cities, with a few connections from North America (Atlanta and Miami) and Europe (Lisbon).

Known as one of the best airports in Brazil, the facility has a reputation for cleanliness and efficiency. Bonus offerings like movie theatres and gardens add to the attractions, although you’re unlikely to spend time here on a stopover unless you’re connecting from one of the smaller Brazilian airports. The only major complaints are a lack of transport options into the city.

Like all Brazilian airports however, the facilities are in the midst of an upgrade ahead of the 2014 FIFA World Cup. A new second terminal has already been added.

What airport do you fly into for flights to Brasilia?

Travellers will need to book flights to Brasilia (BSB) if they wish to fly to Brasilia. The Brasilia airport is 5.8 mi from the city centre.

See alternative destinations where airfare is generally forecast to be close to Brasilia flight prices. 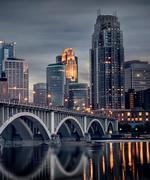 Find the best Brasilia flight deals for you

Cheap tickets to Brasilia found by our users in United Kingdom as recently as May 19, 2022.

Other local departures to Brasilia from United Kingdom

Not set on Brasilia? See the cheapest flights to United Kingdom. Airfare prices updated on May 19, 2022.