The best prices found for BRU flights for July, August

Cheap flights to Bruges found for this year

Late deals on return flights to Bruges, departing today and this week

Can I fly to Bruges from United Kingdom right now?

Information is based on travel restrictions from United Kingdom to Bruges

Most visitors from United Kingdom can enter Bruges without restrictions.

COVID-19 testing requirements
Visitors from United Kingdom are not required to present a negative COVID-19 PCR test or antigen result upon entering Bruges.

Quarantine requirements
Visitors from United Kingdom are not required to quarantine after entering Bruges.


Can I fly back to United Kingdom from Bruges?

Returning to United Kingdom from Bruges

COVID-19 testing requirements
Visitors from Bruges are not required to present a negative COVID-19 PCR test or antigen result upon entering United Kingdom.

Quarantine requirements
Visitors from Bruges are not required to quarantine after entering United Kingdom.

What is the cheapest month to fly to Bruges?

The cheapest ticket to Bruges found for each month in 2022 based on historical flight searches by Cheapflights users.

January
£88
February
£74
March
£83
April
£99
May
£21
June
£91
July
£105
August
£102
September
£83
October
£87
November
£78
December
£88
Currently, the cheapest month for flights to Bruges is May. The most expensive month for flights is July. The cheapest prices are shown above but prices will vary according to departure times, airlines, class and how early you book.

When is the best time to fly to Bruges?

Average Brussels flight ticket prices and weather conditions for 2022 and 2023 by month.

When is the best time to book a flight to Bruges?

Booking 59 days in advance of your planned departure date is, on average, the best time to get cheap flights to Bruges. The general trend is that the closer you book to the departure date, the more expensive your flight will be.

Tourists start arriving around Easter when the weather warms up and the city hosts a number of events. The Procession of the Holy Blood is one of the oldest and most solemn religious events in the world and attracts thousands of spectators. Held on Ascension Day (May), this event is focused around Bruges most sacred religious artefact, a piece of cloth which is said to have drops of Jesus Christ’s blood on it. A procession takes place through the city which includes a series of religious and historical events being re-enacted. As this is a very popular event, it would be wise to book accommodation and flights for this period well in advance.

The city continues to be quite crowded through the summer, particularly on weekends and during school holidays. If you are looking for good deals on flights to Bruges and accommodation then it is advised not to travel during these times.

Spring is beautiful and mostly mild but can have chilly days. Autumn experiences a similar climate and during both these seasons there are fewer crowds, making it one of the best times to book flights to Bruges. Spring also hosts the annual Bruges Beer Festival (February). Join around 15,000 other locals and tourists to sample over 300 beers. Be sure to pair that with some of the delicious Flemish food, the festival also has on offer.

The low tourist season is winter, between November and January, when the cold is unrelenting, the canals can also freeze up enough for ice skating. If you don’t mind braving the cold, then this can be a good time to look for cheaper flights and hotel rates. You can also get into the festive spirit at Bruges Christmas Market.

If you’re longing for a trip back in time then book a flight to Bruges and transport yourself to the 13th century. The preserved medieval city has some of the finest examples of Gothic architecture and art in Europe, drawing millions of tourists each year and making it Belgium’s most visited city.

The best way to explore this picturesque city is on foot. Stroll through its quiet cobbled streets and stop into a church or two along the way. Boat rides along the canal and a guided tour of the city on a horse-drawn cab are a must. Or venture further east to the quaint village of Damme and visit the 15th-century mansion, the Saint-Jean d’Angély House, then have lunch in one of the town’s excellent restaurants. Book your Bruges flight in spring when the weather’s pleasant and the hordes of tourists haven’t arrived yet.

How long are flights to Bruges?

Bruges, Belgium is a popular destination for British tourists, but like many locations throughout Europe, it can be a little challenging to reach directly.

A mainly regional airport, the Ostend-Bruges International Airport, serves Bruges; consequently, flight options out of the United Kingdom vary, as do flight lengths; most flights require at least one connection.

London airports feature the most flights into Ostend-Bruges International, including Heathrow, Gatwick, Luton, and Stansted.

Flights to Ostend-Bruges International require at least one connecting flight and may require layovers; flight times can take upwards of 12h 40m and even over 17h if three connections are required.

The Ostend-Bruges International Airport is approximately 25 minutes from the heart of Bruges, which makes it a bit easier for those who want to arrive at their destinations faster, especially after several connecting flights. Airlines offering flights into Ostend-Bruges include British Airways, easyJet, Brussels Airlines, TUI fly and Vueling Airlines.

Where can you get direct flights to Bruges from?

As the Ostend-Bruges International Airport is small and limited mainly to regional travel, there are no direct flights from the UK.

How do you get from Ostend-Bruges or Brussels International Airport to the Bruges city centre?

From Brussels, the easiest way to get to Bruges is by train, car or taxi. Car and taxis are also the easiest ways to get from Ostend-Bruges to the Bruges city centre, but buses are available from the airport every 10 minutes to the Ostend Train Station and beyond, for easy travel by train or bus.

What are some things to do in Bruges?

Bruges is famous for its many canals, windmills, churches, Market Square, breweries and museums, as well as its many restaurants, cafes, bars and shops.

Simply walking around in Bruges is a feast for the senses, from City Hall, and its iconic Gothic architecture to fresh Belgian waffles, chocolate and piping-hot fries laden with fresh mayonnaise from the many food vendors at Market Square.

Attend live harp concerts, or just rent a bicycle and discover endless, unexpected delights along the many bike trails in Old Town. History buffs will find a home away from home in the beautiful city, from Old St. John’s Hospital, one of Europe’s oldest hospitals, as well as the relics of Saint Donatian’s Church, dating back to 950 AD. The latter is permanently housed in the basement of the Crowne Plaza Hotel, giving hotel guests unique access to the historic site.

Discover the most famous Belgian and Flemish artwork at the Groeningen Museum; if unusual museums are more compelling, Bruges is also home to the Frietmuseum, the world’s first and only museum devoted to the history of French fries. The city is home to two world’s-only museums; Diamantmuseum showcases the history of diamonds.

The famous Half Moon Brewery is a must-visit, offering daily brewery tours, complete with blonde ales and more. For the ultimate souvenir, peruse the many shops in Old Town for everything from beautiful Belgian lace to intricately-designed pottery.

In the warmer months, Bruges’ two beaches, Knokke and Zeebrugge, are popular destinations. Biking is a fun and popular way to get to and from the beach, as well as around town.

Do I need a passport or visa to fly to Bruges?

British citizens need only a passport to fly to Bruges and travel throughout Belgium. Visas are not required for business or travel under three months.

Belgium has mild summers and cold winters because of the icy Baltic winds. Bruges is no exception to this climate. Summer temperatures can reach the mid-20s and this is when Bruges is usually packed with visitors who wish to spend their time exploring one of the most perfectly preserved medieval cities in Europe.

Bruges is the most popular Belgian destination for tourists, most of whom set out to sightsee on foot. It’s easy to walk around this city of winding waterways and cobblestone streets, or you can sit pretty on a horse-drawn carriage or canal boat and explore the city that way. There are also buses that traverse the city limits and trains to get you elsewhere in Europe.

The main airport for travellers taking flights to Bruges is Ostend Bruges International Airport (BRU), which is about 15 miles from the city centre.

A busy European airport, Brussels International Airport (BRU) is well-situated for further flights around Europe and Asia, but handles traffic from all over the world. Brussels Airlines is based here, and flies directly to more than 40 cities around Europe. Most recently, Thai Airways International and Brussels Airport have established a direct route between Bangkok and Brussels.

Located 11km (7 miles) northeast of Brussels in Zaventem, the airport was awarded Best Airport in Europe by the Airports Council International in 2005. Although that was a few years ago, the level of service hasn’t changed, and the airy and spotlessly clean airport is a genuine pleasure to use. You should, however, keep your belongings close at hand, as pickpockets are becoming more common, especially in the public areas before security. Also note that staff shortages have seen the average luggage collection wait-time increase to over 30 minutes.

See alternative destinations where airfare is generally forecast to be close to Bruges flight prices. 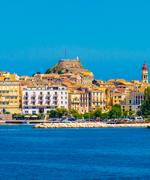 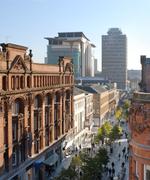 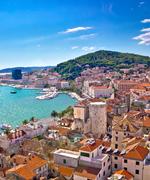 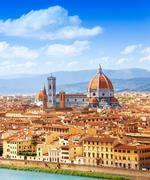 Cheap tickets to Bruges found by our users in United Kingdom as recently as July 05, 2022.

Other local departures to Bruges from United Kingdom

Not set on Bruges? See the cheapest flights to United Kingdom. Airfare prices updated on July 05, 2022.