The best prices found for BGY flights for June, July

Cheap flights to Milan found for this year

Late deals on return flights to Milan, departing today and this week

Can I fly to Milan from United Kingdom right now?

Information is based on travel restrictions from United Kingdom to Milan

Most visitors from United Kingdom can enter Milan without restrictions.

COVID-19 testing requirements
Visitors from United Kingdom are not required to present a negative COVID-19 PCR test or antigen result upon entering Milan.

Quarantine requirements
Visitors from United Kingdom are not required to quarantine after entering Milan.


Can I fly back to United Kingdom from Milan?

Returning to United Kingdom from Milan

COVID-19 testing requirements
Visitors from Milan are not required to present a negative COVID-19 PCR test or antigen result upon entering United Kingdom.

Quarantine requirements
Visitors from Milan are not required to quarantine after entering United Kingdom.

What is the cheapest month to fly to Milan?

The cheapest ticket to Milan found for each month in 2022 based on historical flight searches by Cheapflights users.

January
£16
February
£27
March
£14
April
£19
May
£27
June
£32
July
£51
August
£57
September
£42
October
£42
November
£15
December
£16
March is currently the cheapest month to fly to Milan. At this moment in time August is the most expensive month. These prices are determined by multiple factors and booking in advance can help keep costs down if your schedule is not as flexible.

When is the best time to fly to Milan?

Average Milan flight ticket prices and weather conditions for 2022 and 2023 by month.

Milan is busiest with tourism from July to early September, although August usually sees many of the local Milanese venture off on their own holidays. February to March and September to October see huge crowds visit Milan for the famous Milan Fashion Week. You’ll definitely need to plan well in advance and secure your flight tickets as soon as you can to have any chance of making a saving during these events.

To avoid the crowds, plan your visit around March to May when springtime comes into play and the weather starts to warm up. You’ll find cheap flights to Milan a lot more easily around then, as well as cheaper accommodation. Autumn is similar, although sometimes slightly more expensive as the Milan Fashion Week takes place. September also sees the Italian Formula 1 Grand Prix, so this will increase the price of flight tickets. Due to this, make sure you book your flights to Milan in advance to avoid overpaying.

When is the best time to book a flight to Milan?

If you book your flight to Milan in advance, you can find some great deals. Aim to have booked your flight tickets at least 2 months before you plan to fly to ensure you make the greatest savings. If you can be flexible with your dates, you’ll find the cheapest flights to Milan a lot more easily than if you’re set on a particular week. With a bit of luck and comparison, you can find return flights to Milan for as little as £30 per person, so it’s definitely worth booking in advance and doing a bit of research beforehand. Try to avoid sitting next to a wing as you’ll have your view obscured as you fly over the Alps. The view is absolutely stunning as you see deep pools of blue river intertwined with the white peaks of the mountains.

Which day is cheapest to fly to Milan?

At the moment, Tuesday is the most economical day to take a flight to Milan. Sunday is likely to be the most costly.

What time of day is cheapest to fly to Milan?

Milan flights can be made cheaper if you choose a flight in the evening. Booking a flight at midday will likely mean higher prices.

How long is the flight to Milan?

Which airlines operate flights to Milan?

There are several different airlines that provide cheap flights to Milan, with easyJet, Ryanair and British Airways being just a few. Due to the amount of competition you’ll find the cheapest flights to Milan rather easy to find by comparing the airlines together and figuring out who provides the best value for money. British Airways, for example, also offer complimentary snacks and drinks onboard, however they usually charge more for flight tickets than some of the others. Ryanair are renowned for their cheap flight tickets, although they do add a hefty fee on if you wish to bring checked-in baggage with you. Weigh up the pros and cons of each airline around the dates you wish to travel and see what works best for you.

There are three different airports near Milan, and although you’ll usually find cheap flights for Malpensa, you could also end up at Linate or Bergamo.

The most frequently-used option is to jump on one of the buses that go from the airport to the city centre, however it is best not to pre-purchase your ticket for this, as even when certain ‘discounts’ are applied, you’ll still be paying more than necessary. There is usually a seller at the door of the bus who will sell you tickets for a lower price, although they only take cash so make sure you have some on you before you land. You could also opt for the train which is cheap and runs regularly. The train is definitely more suited if you don’t have too much baggage with you and want to arrive quickly. Lastly, you can opt for a taxi, however you could be looking at around 70 to 80 euros for a one-way trip, making it extremely expensive.

There is no train service, so your best bet would be to hop onto one of the many buses that arrive here. Purchase a ticket from the bus directly for the best prices and don’t expect to wait around longer than 20 to 30 minutes or so. There aren’t any baggage restrictions either, so the only inconvenience for taking too much will be your own ability to carry it all. You could jump into a taxi but it is very expensive. On average you’ll be looking at around 100 euros if you negotiate with the driver but it could run close to double that depending on whom you’re dealing with. Avoid taxis unless you want to give away your money.

There are frequent buses around every half an hour that pull up directly outside of the arrivals terminal. From here, you can stay on the bus all the way to the centre of the city for 5 euros, a fraction of the price for what a taxi would set you back. If you do decide you don’t want to get a bus, a taxi is the only other option unless you have arranged transport when you first booked your flights to Milan. Taxis usually charge between 20 and 30 euros depending on the time of day and the driver, although some might try and charge more than this.

Linate International Airport, officially called Airport Enrico Forlanini – after the Italian inventor and aeronautical engineer born in Milan – is one of three major airports in Milan. It was completely reconstructed in the 1950s, as well as the 1980s, in order to accommodate the increasing number of tourists visiting the area each year, and in 2010 it handled more than eight million passengers. Flights to Milan Linate International Airport come from hubs in the UK and Europe.

Comprising one fairly tired-looking terminal building with two levels, Linate International can be somewhat crowded and chaotic at times. Thankfully, however, staff are friendly and helpful. There are five airbridges, which means that numerous flights are boarded via airport shuttles, thus increasing waiting times for many passengers.

Perhaps the greatest benefit of using Linate International is its close proximity to the city centre. Located only 8km (5 miles) south-east of Milan, it’s a short, 15-minute drive to the capital of Lombardy.

How popular are flights to Milan this year?

Searches for flights to Milan have seen an increase of 397% this year.

See alternative destinations where airfare is generally forecast to be close to Milan flight prices. 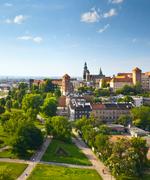 Cheap tickets to Milan found by our users in United Kingdom as recently as June 27, 2022.

Other local departures to Milan from United Kingdom

See all airports in Milan, select one to find and compare flight prices.

Not set on Milan? See the cheapest flights to United Kingdom. Airfare prices updated on June 27, 2022.