The best prices found for PPS flights for June, July

Cheap flights to Palawan found for this year

Can I fly to Palawan from United Kingdom right now?

Information is based on travel restrictions from United Kingdom to Palawan

Most visitors from United Kingdom need to provide a negative COVID-19 test result and/or quarantine to enter Palawan.

Quarantine requirements
Visitors from United Kingdom are not required to quarantine after entering Palawan.


Can I fly back to United Kingdom from Palawan?

Returning to United Kingdom from Palawan

COVID-19 testing requirements
Visitors from Palawan are not required to present a negative COVID-19 PCR test or antigen result upon entering United Kingdom.

Quarantine requirements
Visitors from Palawan are not required to quarantine after entering United Kingdom.

What is the cheapest month to fly to Palawan?

The cheapest ticket to Palawan found for each month in 2022 based on historical flight searches by Cheapflights users.

January
£964
May
£689
At the present moment the cheapest month to fly to Palawan is currently February; with January being the most expensive. Prices will vary depending on multiple factors such as booking in advance, airline and departure airports and times.

When is the best time to fly to Palawan?

Average Puerto Princesa flight ticket prices and weather conditions for 2022 and 2023 by month.

Which day is cheapest to fly to Palawan?

The cheapest day to fly to Palawan is usually Wednesday. At the moment, Tuesday is the most expensive.

What time of day is cheapest to fly to Palawan?

How long is the flight to Palawan?

You can find some good Palawan flight deals from the GB through Cheapflights, most of which fly between London and the island’s capital city of Puerto Princesa. You’ll also be able to fly from Manchester to Palawan every now and then, landing in the same destination city. These flights are all two-stop flights that vary in total travel time, with the quicker flights taking about 26h and the average flight taking about 33h. There are longer flights too, which can take up to 39h. From London, you’re also looking at two-stop flights, which take between about 25h and 31h. You can also get flights to the Philippines from Glasgow or Edinburgh to Palawan. Those from Glasgow are two-stop flights that take about 32h, while the ones departing from Edinburgh are three-stop flights that last for 35-39h. All of them land in Puerto Princesa.

Where can you get direct flights to Palawan from?

Unfortunately, you won’t be able to find direct flights from the GB to Palawan, so look for Philippines flight deals with two stops. Flights from London that leave Heathrow Airport (LHR) primarily use one of three routes. The first flies to Doha Hamad International (DOH) and then on to Manila Ninoy Aquino International (MNL), before landing finally at Puerto Princesa Airport (PPS). The second flies a similar route, except that it makes its layover at Dubai International Airport (DXB). The final route stops at Hong Kong International (HKG) on the way to Manila and then Puerto Princesa. Flights out of Manchester follow similar routes. They depart from Manchester Airport (MAN) and also stop at either Doha or Dubai, before continuing to Manila and arriving at Puerto Princesa. Keep an eye out on our website to find cheap flights to the Philippines.

What is the best way to travel around Palawan?

A flexible and convenient way to travel around Palawan is to hire one of the very popular and numerous motorbike tricycles. You’ll ride in a covered sidecar, and they will take you anywhere you want to go in Palawan province, even remote countryside areas. Fares are vaguely set, but you’ll typically negotiate a price with the driver before you hop in. Jeepneys are another common form of public transport, essentially long wheel-base jeeps turned into buses. These will also take you between the main towns on the island, like Puerto Princesa, Bataraza and Taytay. For complete independence, a good option is always to hire your own car.

What are some things to do in Palawan?

You can really experience Palawan from underwater, as one of its popular attractions is Tubbataha Reefs Natural Park, a UNESCO World Heritage site. You can get there by boat, and tourism is limited to the diving season, which runs from March to June each year. Here, you can see about 600 different species of fish, dolphins and whales. Then there’s Puerto Princesa Subterranean River National Park, declared one of the New 7 Wonders of Nature. You’ll travel through an underwater cave with a stalactite-covered ceiling. If you’re looking for nice beaches on Palawan, they’re situated in the far north of the island, in Bacuit Bay. The pick of these are in El Nido and Coron. Or you can head to the town of Vicente, where you’ll find one of the single longest strips of white sand beach in the Philippines, Long Beach.

Do I need a passport or visa to fly to Palawan?

If you’re travelling on a British passport, you won’t need a visa if you only intend to visit the Philippines on holiday for less than 30 days. If you want to stay longer, you can organise a long-stay visa at the Philippine Embassy, but you must do this before you leave the GB. Your passport will only need to be valid for the duration of your stay, and the only other documentation you may be required to present is your return ticket.

See alternative destinations where airfare is generally forecast to be close to Palawan flight prices. 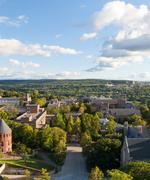 Select your preferred flight destination in Palawan from the list below.

Select your preferred route to Palawan from United Kingdom below

Not set on Palawan? See the cheapest flights to United Kingdom. Airfare prices updated on June 23, 2022.