Flights to Valencia in 2022

Cheap flights to Valencia in May, June 2022

The best prices found for VLC flights for May, June

Cheap flights to Valencia found for this year

Late deals on return flights to Valencia, departing today and this week

Can I fly to Valencia from United Kingdom right now?

Information is based on travel restrictions from United Kingdom to Valencia

Most visitors from United Kingdom need to provide a negative COVID-19 test result and/or quarantine to enter Valencia.

Quarantine requirements
Visitors from United Kingdom are not required to quarantine after entering Valencia.


Can I fly back to United Kingdom from Valencia?

Returning to United Kingdom from Valencia

COVID-19 testing requirements
Visitors from Valencia are not required to present a negative COVID-19 PCR test or antigen result upon entering United Kingdom.

Quarantine requirements
Visitors from Valencia are not required to quarantine after entering United Kingdom.

The cheapest ticket to Valencia found for each month in 2022 based on historical flight searches by Cheapflights users.

When is the best time to fly to Valencia Airport?

Average Valencia flight ticket prices and weather conditions for 2022 and 2023 by month.

The busiest season is from late June to August when the weather is driest and warmest. However, the surrounding months of April to May and September to early November also offer pleasant weather. If you do choose to book your flight tickets for the spring or autumn, then you’ll find cheap flights to Valencia easier more easily than during the peak summer. August sees the La Tomatina festival, around 30 minutes away in the town of Bunol. This is a famous tomato-throwing festival which is a lot of fun. Las Fallas takes place in March time which is one of the biggest festivals in Valencia. The streets are crowded with people celebrating the start of spring with a great fiesta. There is also the Region of Valencia Day on the 9th of October, which sees processions and floral offerings across the city.

The coolest months are generally from around late December to late February and as such, you’ll find the cheapest flights to Valencia a lot easier to come by. Due to the cooler weather though, some attractions, cafes and accommodation options are closed, so you might be a little restricted on what you can do.

When is the best time to book a flight to Valencia?

Which day is cheapest to fly to Valencia?

Wednesday is currently, on average, the cheapest day to fly to Valencia. Flying on Saturday will result in higher flight prices.

What time of day is cheapest to fly to Valencia?

At the moment, flights in the morning are likely to offer the best value for money for your Valencia trip. A flight in the evening will more often than not be of higher cost.

How long is the flight to Valencia?

Which airlines operate flights to Valencia?

The main two airlines that provide cheap flights to Valencia are Ryanair and easyJet. There are others such as British Airlines and Iberia, although they tend to be with connecting flights. Deciding which airline is best for you usually comes down to the price of the flight tickets, although both are budget airlines, so there won’t be too much variation in the costs. One thing to be aware of it that they tend to charge a premium for checked-in baggage and any additional extras, especially during the summer, so bear this in mind when you’re booking or searching for cheap flights to Valencia.

The easiest way to get to the centre is to jump on the underground. There are trains that operate very regularly from the airport and go directly to different parts of the city, so you can get off where it’s convenient for you. If you are taking the metro, you’ll want either lines 3 or 5. A cheaper option would be to take the Aero-Bus which operates from 6am until 10pm, with buses every 20 minutes. Again, that has several stops along the way so you can decide where is best for you to get off. Another bus is line 150. This goes to the centre and is even cheaper than the Aero-Bus, however the timetable isn’t as frequent. Lastly, you can get a taxi to the centre but make sure to agree on the fare before you get in. It’s also worth travelling with friends if you can, so you can split the cost and save some money.

Valencia Airport, also known as Manises Airport, is a small air field by Spanish standards. Despite it having just one terminal, it still manages to process nearly six million passengers every year. Extensive renovations were carried out in 2007 for the hosting of the America’s Cup. It is a modern facility with convenient public transport options into Valencia.

You can find flights to Valencia Airport from many European countries including Geneva, London, Madrid, Rome, Paris, Vienna, Amsterdam, Zurich and Prague. Connections to US airports like New York’s JFK are available seasonally as well.

Valencia is considered a medium-sized airport in Spanish terms, but it feels dwarfed by massive airports like Madrid, from where many incoming passengers originate. Although it isn’t ideal for long stopovers, there are much less pleasant ways to spend an hour or two than relaxing in the airport cafes.

What airport do you fly into for flights to Valencia?

Most people fly into Valencia (VLC) if they book a flight to Valencia. Valencia is conveniently located just 5.6 mi from Valencia’s city centre.

See alternative destinations where airfare is generally forecast to be close to Valencia flight prices. 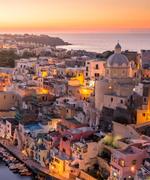 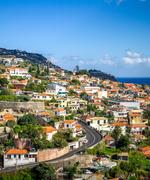 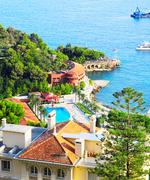 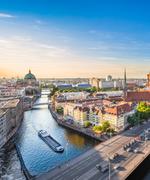 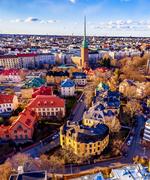 Find the best Valencia flight deals for you

Cheap tickets to Valencia found by our users in United Kingdom as recently as May 16, 2022.

Other local departures to Valencia from United Kingdom

Not set on Valencia? See the cheapest flights to United Kingdom. Airfare prices updated on May 16, 2022.