The environment is an ever-increasing consideration for travellers. And that got us thinking. Which U.S. cities boast the best eco-credentials?

Here we run down America’s cities that score highest in each category of Treehugger.com’s 10 Things That Make a Great Green City.

(In the eyes of many, San Francisco is the overall greenest city in the U.S. Featured image by David Paul Ohmer)

As the old adage goes, parks are the “Lungs of the City”.

San Francisco is ranked number one in ParkScore, a comprehensive rating system measuring whether or not the country’s 40 largest cities are meeting their need for parks.

Per passenger journey, mass transit systems are proven to be less damaging to the environment than cars.

Outside places providing safe hangouts away from roads not only encourage folk to travel on foot, but also reduce the need for energy-hungry large enclosed communal spaces.

New York has the largest number entries (10) on plantizen.com’s list of the Top 100 Public Spaces in the U.S. and Canada.

With its “120 miles of on and off-street bicycle facilities, plus indoor bike parking and other cycling-friendly facilities”, Minneapolis (Minnesota) comes top of Bicycling Magazine’s list of America’s Top 50 Bike-Friendly Cities.

Eco-conscious developments and renovations are a highly visible symbol of a city’s commitment to going green.

The District of Columbia, home to the capital Washington D.C., has the highest environmentally friendly designed building space per resident of all U.S. States.

Recycling is the quintessential individual eco-act. The greenest cities facilitate and support their citizens’ efforts with large-scale programmes.

“In 2009 San Francisco recycled 72 per cent of its waste, already far ahead of any city in the US and Canada”, according to a comprehensive report by the Economic Intelligence Unit.

Recycling of existing space reduces sprawl and enhances people’s experience of the land that’s already in use. Planning for mixed use space and developing (or “filling”) otherwise unused spaces are key components of that recycling process.

Whether it’s a grand scheme directed from a mayor’s office, or a grass roots initiative, making a city greener requires innovative and strong-willed leadership.

New York’s Michael Bloomberg was named the most green-leaning mayor in the country by environmental news site Grist for his ambitious 127-point initiative called PlanNYC 2030.

9) Renewable energy use and efficiency measures

Drawing from renewable energy sources and aggressively reducing energy use are two ways a city can vastly reduce its own environmental impact.

Austin (Texas) is “the nation’s top seller of renewable energy” according to the Mother Nature Network.

Access to products and services such as farmer’s markets, organic restaurant food, eco-conscious music festivals and ecologically-oriented art all put the fun into going green. 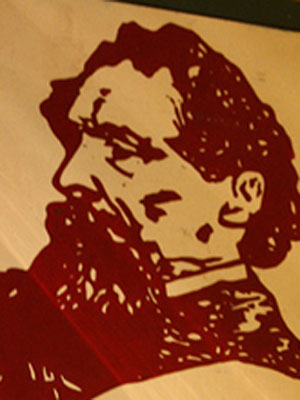 Hop to it! Top 5 brewery visits in the USA

Will this be the last Arirang Mass Games?