Few voyages have captured the imagination like that of RMS Titanic. Almost one hundred years ago she sailed from Belfast on her maiden trip. The rest is common knowledge – the “unsinkable” ship collided with an iceberg on the night of 14 April 1912 and sank in two-and-a-half hours with the loss of more than 1,500 people.

Arguably, it was James Cameron’s 1997 blockbuster Titanic (and now the 3D version) that created the global myth that is feeding many of this year’s commemorations.

There are a few key sites on the Titanic trail and some, geographically more distant, that are also marking the anniversary with exhibitions and events. First up is Belfast, where RMS Titanic was built by Harland and Wolff.

The Northern Ireland city is the birthplace of the Titanic and Belfast is staking its claim to the legend with a £97 million centre. The Titanic Belfast visitor attraction opened on 31 March and a car rally (6 April), light show (7 and 9-11 April) and MTV concert (13 April) at the Titanic Slipway will follow. On 14 April Titanic: A Commemoration in Music and Film will be staged at the Waterfront Hall and broadcast on BBC2 and a new play will be staged from 22 April to 19 May. Search and compare: cheap flights to Belfast

The Titanic sailed from Southampton Dock on 10 April. Staffed by many local men, more than 500 households lost at least one family member. Interactive exhibits at the new £15m SeaCity Museum will allow visitors to captain the ship as Edward John Smith did, see how they’d cope fuelling the boilers with coal, and find out if they could spot an iceberg using 100-year-old equipment. Search and compare: cheap flights to Southampton

As the ship’s home port, Liverpool has strong links with Titanic. J Bruce Ismay, chairman and managing director of the White Star Line, was born and lived there, it was the site of the head office of the White Star Line, many crewmembers were from Liverpool and the bell and portholes were made in Merseyside. A new exhibition at Merseyside Maritime Museum opened on 30 March and explores Liverpool’s place in the tragedy. It draws on the museum’s unique collections including the only known surviving First Class ticket.

In addition, later on in April, Little Girl Giant, a 30-foot-high marionette, will tour Liverpool in a three-day street spectacular. Inspired by a letter from a daughter to her father, a passenger on Titanic, Sea Odyssey will tell the story of love, loss and reunion. Search and compare: cheap flights to Liverpool

Titanic picked up almost 300 passengers at Cherbourg harbour on 10 April, many of them emigrants bound for a new life abroad. The Cité de la Mer Museum will open a new space called Titanic, Return to Cherbourg on 10 April. The new exhibition will be dedicated to the construction of Titanic, working life on the ship and the passengers’ perspective.

The small town of Cobh (known as Queenstown in 1912) was Titanic’s last port of call. A total of 123 passengers boarded there, 113 of them steerage. Concerts will take place on the promenade by the waterfront. Walking tours lead visitors to relive a Titanic timeline journey through the historic town.
Search and compare: cheap flights to Cork

The wireless station at Cape Race played a big part in relaying news of Titanic’s sinking and Halifax is the final resting place of many of the victims. There’s a permanent exhibition at the Maritime Museum (Titanic: The Unsinkable Ship and Halifax) and there’s a new event that opens on 12 April – Cable Ships: Connecting Halifax to Titanic and the World, which focuses on the city’s connection to Titanic. A haunting installation is An Earnest Price: 150 Grave Stories (opens 3 April), which draws together the victims buried in Halifax. On 14-15 April a Cape Race ceremony will recreate that historic wireless communication with ships floating over the Titanic site. Search and compare: cheap flights to Halifax

The Titanic never made it to its final destination but many victims are buried there. Trinity Church Cemetery in Upper Manhattan is the final resting place of John Jacob Astor IV. Woodlawn Cemetery in the Bronx has graves and memorials for 12 of the passengers who were on board including Isidor Straus, the owner of Macy’s, and his wife Ida, who refused to leave his side.

Little Douglas Spedden and his parents are buried at Green-Wood Cemetery in Brooklyn. Douglas survived the sinking and was later reunited with his beloved teddy bear, made by Steiff, the famous German teddy bear maker. Steiff then created a Titanic “mourning bear”. Search and compare: cheap flights to New York

The brainchild of John Joslyn, the adventurer, explorer and TV producer, the museum at Branson opened in 2006, followed by the attraction in Pigeon Forge in 2010. Welcoming about 100,000 visitors each month, the 100th anniversary is being marked with a special, new-to-the-US exhibition of Father Brown’s photographs. The fascinating collection contains some of the only known photographs taken aboard Titanic at sea (between Southampton and Cherbourg and as the ship steamed away from Cobh).

Close to Walt Disney World, Universal Studios and Sea World, Titanic The Experience is a blockbuster attraction. Visitors are greeted by interactive storytellers dressed in period costume and recreations of the Grand Staircase, First Class suite, Captain’s Bridge and Promenade Deck give visitors a glimpse into what it was like onboard. There are 17 galleries that hold more than 400 unique pieces of memorabilia and 100 artifacts recovered from the sea floor, 21 of them are displayed for the first time this year. Search and compare: cheap flights to Orlando

The South Australian Maritime Museum opened RMS Titanic: Voyage of the Century on 24 March. The exhibition includes survivors’ mementoes and keepsakes from crew members and tells the story of South Australians on board. Period clothing that would have been worn by passengers – from steerage to First Class – gives visitors a glimpse into the world of 1912. Find out if the three South Australians on board Titanic survived. Search and compare: cheap flights to Adelaide 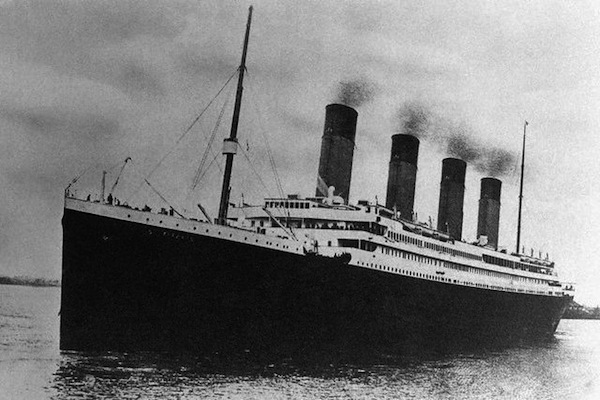 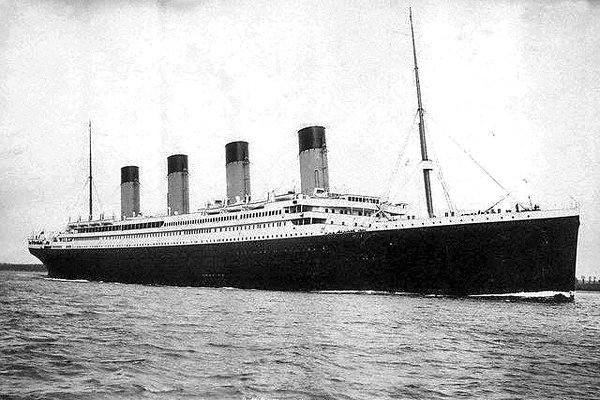 I Want To Wednesday – I want to see Titanic memorabilia