January
£77
February
£93
March
£88
April
£113
May
£102
June
£107
July
£115
August
£118
September
£78
October
£84
November
£83
December
£121
Currently, the cheapest month for flights to Calais is January. The most expensive month for flights is December. The cheapest prices are shown above but prices will vary according to departure times, airlines, class and how early you book.

When is the best time to fly to Calais?

Whilst there are several times of the year to choose from, January is seen as the time to fly to Calais, however, it is possible to get good deals throughout the year. July tends to be the warmest period in Calais so if you are looking for sun or warmer climates then look to fly around this time. December is the wettest if you need to factor this in to your plans.

When is the best time to book flights to Calais?

The price you pay for your flight to Calais may vary depending on when you book. For the best chance of a lower fare, look to book 60 days in advance of your trip. Fares are likely to increase a fortnight or so before your departure date.

Which day is cheapest to fly to Calais?

Wednesday is currently, on average, the cheapest day to fly to Calais. Flying on Friday will result in higher flight prices.

To get the best value, try booking a flight at midday when visiting Calais. Generally the prices will increase for flights in the morning as these tend to have higher demand.

How long is the flight to Calais?

Flights to Calais, France from the United Kingdom take about 1.15h-6h. When you fly from the UK, you will alight at Paris Charles de Gaulle Airport (CDG) and continue on your journey to Calais from there. The shortest journeys depart from London, with a flight time of just over one hour when the flight is direct. Depending on your departing city, airline, and layovers, your flight to CDG may be several hours.

Where can you get direct flights to Calais from?

The most common nonstop flights to Charles de Gaulle are flown out of London’s Heathrow Airport (LHW), with several flights per day serviced by airlines like British Airways, Air France, easyJet, and Vueling. Manchester also has daily direct flights to CDG via Air France, Flybe, and easyJet. Those departing from Edinburgh can enjoy direct flights to Charles de Gaulle Airport via easyJet and Air France. When you do have stopovers along your journey, they’ll most likely be in cities like Manchester, Amsterdam, Stockholm, and Brussels, depending on your departure city and the airline you’re flying.

How do you get from Calais airport(s) to the city centre?

Calais city centre is about 223 km north of Charles de Gaulle Airport. One of the most popular ways to get to Calais from the airport is by rail. You can take a high-speed rail from the airport directly to Calais Ville from several rail companies, including Quigo and Omio, with fares ranging from about £30-£62 and a journey time of about one and a half hours. The trains depart several times a day. The most affordable mode of transport is by bus, with the number 450 travelling between CDG and Calais each day, for about £9-£28. This journey can take 3h-4h, however, so your best option may depend on your budgetary needs versus your time requirements. Whether by rail or coach, your journey to Calais will provide stunning vistas of the French countryside, an added perk.

What are some things to do in Calais?

Calais is a seaside town situated along the northern coast of France and once considered the gateway to the UK, thanks to its proximity to southeastern England across the Channel. There are plenty of historic and scenic attractions here. At the foot of Town Hall and Parc Saint-Pierre, you can see one of Rodin’s most famous sculptures, the original Burghers of Calais. Calais Lighthouse is itself an impressive sight, and when you climb the 271 steps to its summit, you can view the white cliffs of Dover on a clear day. Of course, Calais has its own white cliffs to boast at Cap Blanc-Nez, surrounded by sandy grasslands cratered by Second World War bombs.

Do I need a passport or visa to fly to Calais?

British citizens traveling to Calais, France do need a valid passport to enter the country, although they do not need a visa. 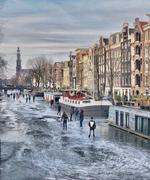 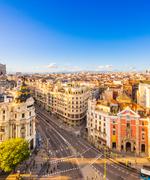 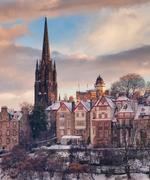 Prices found by our users for local departures to Calais

Other local departures to Calais