Low-cost Irish airline Ryanair has announced plans for an extensive expansion of its network next year, adding new routes from airports across the North of England. (Featured image is by eisenbahner)

The airline has revealed that its new summer 2013 Liverpool schedule will include 2 new routes to Lublin (Poland) and Zadar (Croatia), as well as the expansion of five existing routes.

The summer schedule will see Ryanair operating 39 routes from Liverpool Airport, increasing passenger numbers by 180,000 to over 2.1m passengers per year.

“Their decision to increase their Liverpool operations for next summer, along with brand new routes, including Zadar on Croatia’s Dalmatian Coast, is great news both for the airport and the region too.”

The airline is celebrating the Liverpool Summer 2013 schedule with a winter sale of 100,000 seats, with flights priced from £15.99 on routes across Europe in November and December. Passengers have until midnight on 1 November to book flights on this deal.

Ryanair’s Michael O’Leary said that the airline’s expansion of operations in Liverpool, Manchester and the East Midlands reflect the fact that “people no longer want to travel down to Heathrow, they want to fly from their local airport.”

This will bring the number of routes operating from Manchester to 34, and increase passenger numbers by 360,000 to over 2.4m passengers a year.

“Today’s announcement by Ryanair is another sign of its continuing confidence in Manchester and willingness to expand its range of services for our passengers,” said Charlie Cornish, Chief Executive of the Manchester Airports Group.

“We want to work alongside our airlines to grow their services across our airports and the expansion by Ryanair today represents the type of growth opportunities we are actively seeking in the market.”

7 famous dead people who are, em, on display around the world 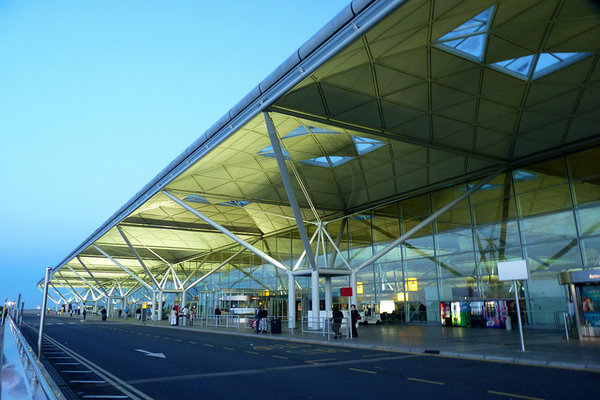 Stansted stand-off: Talks are due to prevent Easter airport strike