The best prices found for PSA flights for May, June

Cheap flights to Pisa found for this year

Late deals on return flights to Pisa, departing today and this week

Can I fly to Pisa Gal Galilei from United Kingdom right now?

Most visitors from United Kingdom need to provide a negative COVID-19 test result and/or quarantine to enter Pisa Gal Galilei.

Quarantine requirements
Visitors from United Kingdom are not required to quarantine after entering Pisa Gal Galilei.

Can I fly back to United Kingdom from Pisa Gal Galilei?

Quarantine requirements
Visitors from Pisa Gal Galilei are not required to quarantine after entering United Kingdom.

What is the cheapest month to fly to Pisa?

The cheapest ticket to Pisa found for each month in 2022 based on historical flight searches by Cheapflights users.

January
£35
February
£41
March
£56
April
£78
May
£78
June
£101
July
£135
August
£145
September
£70
October
£46
November
£50
December
£10
At the present moment the cheapest month to fly to Pisa is currently December; with August being the most expensive. Prices will vary depending on multiple factors such as booking in advance, airline and departure airports and times.

When is the best time to fly to Gal Galilei Airport?

When is the best time to book a flight to Pisa?

Booking 38 days in advance of your planned departure date is, on average, the best time to get cheap flights to Pisa. The general trend is that the closer you book to the departure date, the more expensive your flight will be.

Which day is cheapest to fly to Pisa?

Tuesday is currently, on average, the cheapest day to fly to Pisa. Flying on Saturday will result in higher flight prices.

What time of day is cheapest to fly to Pisa?

To get the best value, try booking a flight in the evening when visiting Pisa. Generally the prices will increase for flights at midday as these tend to have higher demand.

Pisa has a warm Mediterranean climate, with mostly pleasant temperatures throughout the year. The cheapest flights can be found outside the busy summer months of June, July, August.

The summer months are typically the warmest and driest months, with temperatures in the 20s. This is the busiest period for Pisa, when tourists flock to the city to enjoy the warm sunshine and of course visit the iconic Leaning Tower of Pisa. If you’re not a fan of big crowds then this is probably the time to avoid. Visiting in June can allow you to experience the magnificent spectacle of the Luminara di San Ranieri. This event sees around 70,000 wax candles illuminate many of Pisa’s most well-known and historic buildings and structures across the city. Also taking place in June is one of Pisa’s largest traditional events, the Gioco del Ponte. Teams of people, from both the north and south banks of the Arno River, re-enact  a medieval contest, complete with costumes from the era.

December through to February is the coolest time of year, with average high temperatures of around 11-12 degrees Celsius and average low temperatures of around 2-3 degrees. There is also more rainfall during these months. This is Pisa’s low season, therefore you may be able to find better hotel rates and cheap flights. However, the popular Christmas and New Year periods can see prices rise.

If you’re looking for better flight and accommodation deals than in the summer but don’t want to compromise too much with the weather then perhaps the best time to visit is during the shoulder seasons. These are March through May and September through November. The weather is often still warm and prices are lower. If you plan on booking in these months you should take note that these are the periods with the most rainfall throughout the year, so make sure you pack accordingly.

Once one of Italy’s most powerful and prosperous maritime republics, Pisa boasts breathtaking medieval architecture and is surrounded by some of the nation’s most beautiful countryside. Book a flight and visit this charming and historic city in the Tuscany region which is the birthplace of Galileo Galilei, sometimes called the “father of modern science”, as well as pioneering Middle Ages mathematician Leonardo Fibonacci, and hosts one of the world’s most notable landmarks, the Leaning Tower of Pisa.

The famous tower is only one of many marvels available in Pisa. Indeed, the entirety of the city’s Piazza del Duomo (Cathedral Square) was designated a UNESCO World Heritage site in 1987. The city also has more than 20 historic churches, numerous palaces, and other sites of interest spread across its central area. The largest building in the square is the beautiful Romanesque-style cathedral containing Byzantine mosaics and the Pisa Griffin. The Piazza del Duomo is also home to one of the most beautiful walled cemeteries in the world, the Campo Santo.

Modern Pisa is a bustling university city, home to the University of Pisa, founded in the 14th century, and has a student population of more than 50,000. Much of the city’s nightlife caters for and is supported by the students, who congregate in the bars and clubs of the riverside Lungarno area or the streets surrounding Piazza Garibaldi.

When eating out, avoid places near the tower and instead head to more central areas like the Piazza delle Vettovaglie or Via San Martino, where food is more reasonably priced and of higher quality. Make sure you try some biscotti; delicious biscuits that are sold all over the city.

Pisa is fairly small, and most attractions are close enough to walk to. The local bus service, Compagnia Pisana Trasporti (CPT), runs between the airport, central station and other popular locations.

Getting from the airport to the city

Pisa International Airport (PSA) is also known as Pisa-San Giusto Airport and is located in the San Giusto district, just about half a mile (1 km) south of Pisa’s city centre.

Pisa International Airport, or Galileo Galilei Airport, is less than a mile (1km) from central Pisa. It’s a great airport to use when travelling to the Tuscany region and it is only 37 miles (60km) from Florence.

Although Pisa International Airport has a wide selection of passenger amenities, it does tend to get a bit crowded, particularly during the peak summer season. Passengers using the airport have loads of seating space in the restaurants and cafes, but the terminal itself is a little small and cramped.

With a number of low-cost airlines, such as Ryanair and easyJet, offering cheap flights to Pisa International Airport, it’s easy to find a ticket to suit your budget. There are also a number of regional carriers offering flights to Galileo Galilei Airport from cities across Europe, including Madrid, London, Rome, Athens and Barcelona. There are even some flights to Pisa International from further afield, such as Moscow, Sharm el-Sheikh and New York.

Pisa International is well serviced by public transport options and it’s a great airport to use as a gateway to the Florence region.

What airport do you fly into for flights to Pisa?

Pisa Gal Galilei (PSA), located 2.7 mi from the city centre, is the airport you fly into when you book flights to Pisa.

See alternative destinations where airfare is generally forecast to be close to Pisa flight prices. 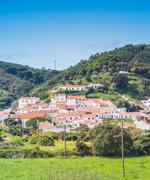 Find the best Pisa flight deals for you

Cheap tickets to Pisa found by our users in United Kingdom as recently as May 19, 2022.

Other local departures to Pisa Gal Galilei from United Kingdom

Not set on Pisa? See the cheapest flights to United Kingdom. Airfare prices updated on May 19, 2022.