Book by midnight on Thursday, July 19: Ryanair has announced a sale on flights across its European route network.

Starting from just £13, the fares are available on flights on Mondays, Tuesdays, Wednesdays and Thursdays in August, September and October.

The £13 Seat Sale includes all taxes and airport charges, so those who take carry-on luggage only and decline priority boarding (and have a Ryanair Cash Passport) will be able to get the £13 fare. You can book flights in the sale at Ryanair.com.

“Only Ryanair sells Europe’s lowest fares with a no fuel surcharge guarantee. In addition to our lowest fares we also deliver Europe’s No 1 on-time performance across over 1,500 routes,” said Ryanair’s Stephen McNamara.

“These seats can only be booked until midnight on Thursday and are sure to be snapped up fast so we urge passengers to book them before they sell out.” 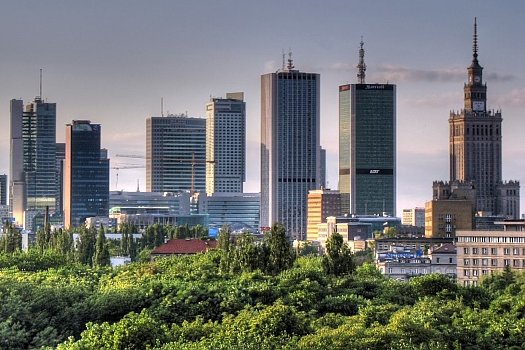 Ryanair has been busy expanding its flight network of late, with new flights to 19 destinations planned from Warsaw’s Modlin Airport.

Poland’s first airport dedicated to low-cost carriers, Modlin Airport had a slightly turbulent first day this week with a number of passengers missing flights due to delays at security.

Despite the initial problems, the airport is hoping to handle around two million passengers in its first year, with both Ryanair and Wizz Air operating several flights.

Ryanair is flying to Modlin Airport from destinations across Europe, including Stockholm, Brussels, Milan, Oslo, Dublin and Paris.

Flights from Modlin Airport to destinations in the UK include Bristol, Glasgow, Liverpool, Manchester, London and the East Midlands.

Wizz Air, another low-cost airline, will also feature heavily at the airport, serving around 20 routes from Warsaw.

Statue of Liberty reopening her doors