Staff on a Ryanair flight told an Irish pensioner with severe breathing difficulties that she could not bring her oxygen mask on board as it counted as a second piece of hand luggage.

70-year-old Bridie O’Donnell, from County Donegal, Ireland, said she “feared for her life” after staff on a Ryanair flight from Stansted to Londonderry told her she could not bring the life-saving equipment on board.

Ms O’Donnell suffers from sleep apnea, among other medical conditions, and was told by her doctor that she should keep the breath apparatus with her at all times.

“I had a letter from the hospital saying that I have the condition and need it, but when we got to the gate I was told I couldn’t bring it on,” Ms O’Donnell told the Belfast Telegraph.

“I said it was medical equipment and tried to show her the document, but she asked for a letter from Ryanair.”

Ms O’Donnell was told by check-in staff that she had to put the medical equipment in the hold, even though she was able to carry it with her on the outbound flight to Stansted. 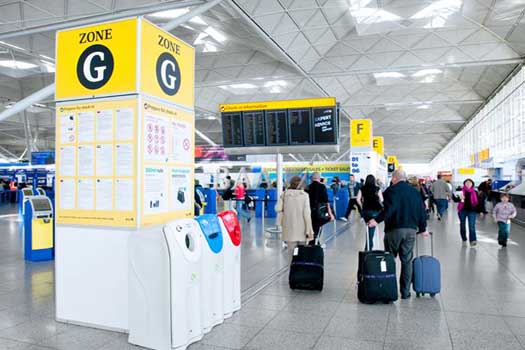 “She said I had to check it in — but I was totally out of breath, feeling terrible and there was no way I could have done that with my health. There was no compassion,” Ms O’Donnell added.

She was eventually allowed to take the equipment, which is similar in size to a laptop, on to the flight by squeezing it into a friend’s hand luggage. But she was left traumatised by the incident.

“I handed in the boarding pass and told her how upset I was, but there was no response,” she said.

“With my high blood pressure and asthma I felt so ill, I was exhausted and nearly in tears. I was so embarrassed with the other passengers in earshot.”

Commenting on the incident, Ryanair said that Ms O’Donnell should have notified the airline of her circumstances ahead of flying.

“Unfortunately this passenger failed to contact Ryanair’s low-call special assistance line ahead of her flight to inform us of her special requirement,” the airline said in a statement.

“Therefore, our handling agent asked her to accommodate all items in her one free 10kg carry-on bag, which she did before boarding the aircraft.”

Ms O’Donnell has said she will never fly with Ryanair again.

Paralympic athletes touch down at Heathrow