Michael O’Leary, the outspoken chief executive of Ryanair, has once again incurred the wrath of passengers by directing a series of scathing insults at any travellers who fail to print their boarding passes in advance.

O’Leary branded those who committed the seemingly innocuous offence as “idiots” before going on to take his tirade one step further:

One passenger who fell foul of the airline’s boarding card reissuing rules was Suzy McLeod, who hit the headlines recently after being charged hundreds of pounds by Ryanair. 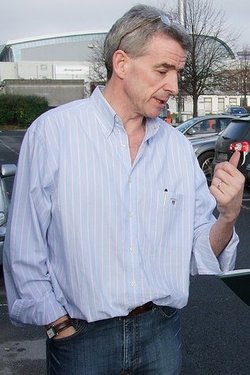 Ms McLeod received the backing of more than half a million Facebook users after she was hit with a €300 (£236) charge to print out five boarding passes before a flight from Alicante to Bristol.

Ms McLeod wrote on the social networking site: “I had previously checked in online but because I hadn’t printed out the boarding passes, Ryanair charged me €60 per person! Meaning I had to pay €300 for them to print out a piece of paper! Please ‘like’ if you think that’s unfair.”

Hundreds of thousands of Facebook users clearly did think this was unfair, but it seems Ryanair and O’Leary took a different view.

Far from sympathising with Ms McLeod’s situation, O’Leary labelled her “stupid” in a scathing and sarcastic attack on the Berkshire mother. 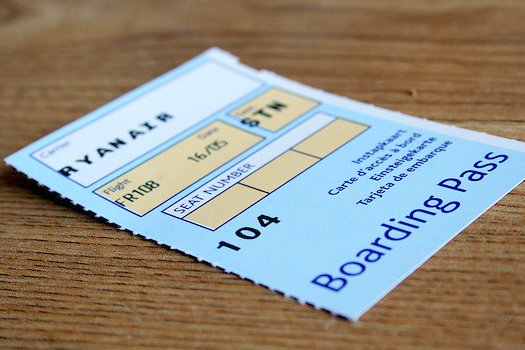 “We think Mrs McLeod should pay 60 euros for being so stupid. She wasn’t able to print her boarding card because, as you know, there are no internet cafes in Alicante, no hotels where they could print them out for you, and you couldn’t get to a fax machine so some friend at home can print them and fax them to you,” he said.

“She wrote to me last week asking for compensation and a gesture of goodwill. To which we have replied, politely but firmly, thank you Mrs McLeod but it was your ****-up.”

The budget airline has previously been criticised for its barrage of charges. In addition to the £60 fee for reissuing boarding passes, passengers are charged a £6 per person per flight “admin fee” (unless they are Ryanair Cash Passport holders or have MasterCard Prepaid cards) and a £6 web check-in fee.

Those wishing to check in a single bag, meanwhile, are charged between £15 and £40 per person per flight, depending on the time of year, their destination and the weight of their luggage.

easyJet to close Madrid base