Flights to Machu Picchu in 2021

Can I fly to Machu Picchu right now?

Yes, there are currently restrictions on flights to Machu Picchu along with the rest of Peru. Before you book or search for flights, consider the following restrictions: Peru has restricted entry to all travelers until at least April 26, 2020. Airline crew members must self-isolate at Costa del Sol hotel at Jorge Chavez International Airport for the entire duration of their stay.. If you are looking to book a trip to Machu Picchu and are outside of the restricted areas, please take the proper precautions and stay informed about travelling during COVID-19.

Machu Picchu, an everlasting symbol of the Incan Empire, is a treasured relic and source of national pride in Peru. Constructed in the 15th century, the former site of Incan Rulers escaped the conquering throes of the Spanish forces even when the Incan Empire fell to European colonialism. Machu Picchu was an afterthought in worldview until American historian Hiram Bingham “re-discovered” the ruins in 1911.

Bingham wrote about his travels in “Lost City of the Incas: The Story of Machu Picchu and Its Builders” and Machu Picchu’s presence is felt in passages throughout the canon of Latin American literature as well. Pablo Neruda and Ernesto “Che” Guevara have both penned odes to the Incans and their mind-blowing structures in poems and autobiographical accounts.

Included as a Seven Wonders of the Modern World by historians, archaeologists and travel writers, and named a World Heritage Site by UNESCO, Machu Picchu continues to draw curious onlookers from around the world who are eager to step in the footsteps of the Incas for breath-taking views of the Urabamba Valley.

With its mountainous terrain and high altitude, Machu Picchu experiences two distinct seasons: rainy and dry. Rainy season takes place in between the months of November and March, while the dry season starts in April and lasts until the end of October. The dry season provides better conditions for walking around Machu Picchu, which in turn makes this the busiest time of year to book flights to Machu Picchu. The temperature in Machu Picchu on average rests around 12 degrees during the wet season and can reach highs up around 80 degrees F during dry season.

When is the best time to fly to Machu Picchu?

Whether you’re joining the ambitious backpackers eager to reach the summit during the dry season or you’re braving the chilly rains in exchange for a seat on a cheap flight to Machu Picchu, there’s no wrong time to travel to Peru’s most sought after attraction.

The dry season is the busiest travel time in Machu Picchu, so flights to Machu Picchu should be made months in advance in order to secure a seat.

Tourists tend to avoid the Inca Trail between the months of November and March due to the inclement weather, making cheap flights to Machu Picchu widely available thanks to the lull in tourism.

Getting around Machu Picchu

Once your flight to Machu Picchu lands in Cuzco, take a taxi or hop on the colectivo, or bus, which will take you to the centre of town. Machu Picchu is 80km away from Cuzco. Arrive at your final destination by way of train to Aguas Calientes, where you can then travel by buses, which depart hourly between 5:30am and 5:30pm. When it comes to actually hiking the Inca Trail, there are two trails that can be taken and both require reservations with officially sanctioned trek guides.

What airport do you fly into for flights to Huaraz?

Huaraz Anta (ATA), located 13.3 mi from the city centre, is the airport you fly into when you book flights to Huaraz.

See alternative destinations where airfare is generally forecast to be close to Machu Picchu flight prices. 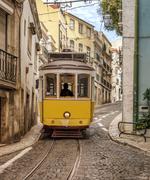 Not set on Machu Picchu? See the cheapest flights to United Kingdom. Airfare prices updated on May 13, 2021.