Can I fly to Mildura from United Kingdom right now?

Information is based on travel restrictions from United Kingdom to Mildura

Most visitors from United Kingdom need to provide a negative COVID-19 test result and/or quarantine to enter Mildura.

COVID-19 testing requirements
Visitors from United Kingdom are not required to present a negative COVID-19 PCR test or antigen result upon entering Mildura.

Quarantine requirements
Visitors from United Kingdom are not required to quarantine after entering Mildura.

Can I fly back to United Kingdom from Mildura?

Returning to United Kingdom from Mildura

COVID-19 testing requirements
Visitors from Mildura are not required to present a negative COVID-19 PCR test or antigen result upon entering United Kingdom.

Quarantine requirements
Visitors from Mildura are not required to quarantine after entering United Kingdom.

What time of day is cheapest to fly to Mildura?

Many visitors to Mildura bound for the orchards and vineyards will discover that, like many of the street names in Broken Hill, that honour its roots as a mining town, several streets in Mildura are named after the fruits that are grown here. Orange, Lemon, Lime, Cherry and Olive are just a few of them.

This part of northwestern Victoria (and southwestern New South Wales) is known as Sunrayasia. The region produces 80 per cent of the country’s dried fruit and 85 per cent of Victoria’s wine-making grapes, not to mention a fair chunk of Australia’s citrus fruit harvest.

As Mildura Tourism says: “It starts with the river.” George and William Chaffey, Canadian brothers, founded an irrigation settlement along the banks of the Murray River in the 1880s. When soldier settlers and migrants from Ireland, England, Greece, Italy and the former Yugoslavia arrived, they brought with them the cultivation skills that helped to make Mildura the food bowl of Victoria.

The climate is Mediterranean – hot, dry summers (December to February and mild winters (June to August). The wettest months are between May and October.

When is the best time to fly to Mildura?

The winter months, June, July and August in particular, are low season times with the exception of winter festivals.

Car rental and taxi services are available at Mildura Airport. A car is necessary for getting out and about. Sunraysia Bus Lines serves Mildura, Red Cliffs and Merbein. Coomealla Bus Lines runs weekday and services between Mildura, Buronga, Dareton and Wentworth.

What airport do you fly into for flights to Mildura?

If you book a flight to Mildura, you will be flying into Mildura, which is the city’s only airport. Mildura (MQL) is located 5.4 mi from the centre of Mildura.

See alternative destinations where airfare is generally forecast to be close to Mildura flight prices. 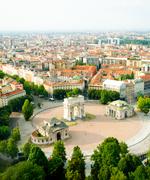 Not set on Mildura? See the cheapest flights to United Kingdom. Airfare prices updated on May 25, 2022.